Luna Del Colle B&B’s position on Monte di Brianza at 650 meters above the sea level guarantee a mild and windy weather with clean fresh air, far from city pollution. The sun embraces the house for the whole day and the position, facing the plain in the first line, encourages guests to practice outdoor activities. Here some tips on what to see. 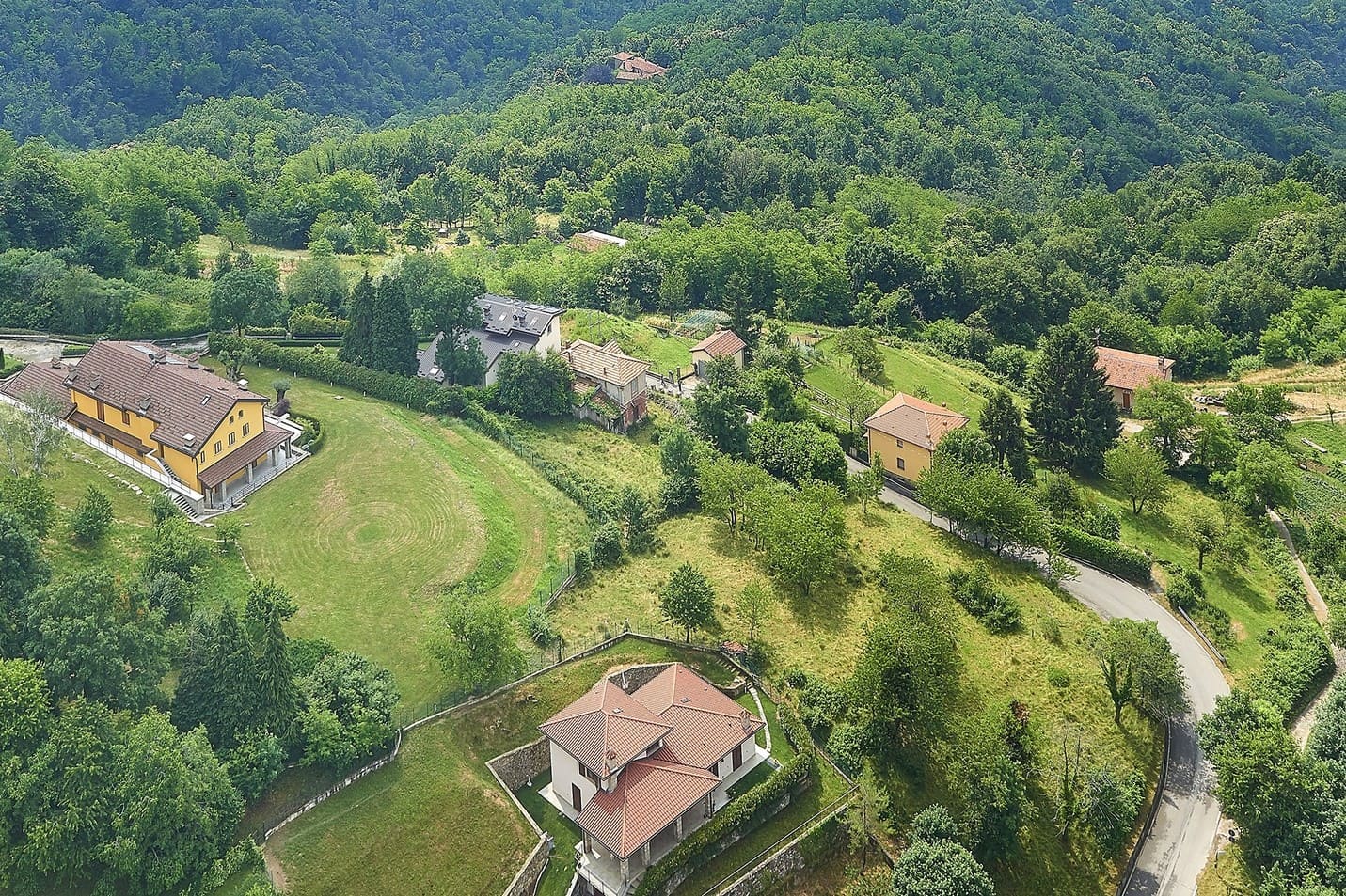 The scenic beauty of Brianza and the willingness of preserve and safeguard these places and landscapes are behind the birth of the numerous parks that offer many recreation opportunities to the visitors of these places.
Regional Park Valle del Curone: many paths are present in the park; they go through the whole protected area. It is an area that is very diversified, where cultivated terraces alternate with grassy hills, only interrupted by the intense green of the wood and dotted with some typical farmhouses, some of which were turned into restaurants. The highest spot of the park is the hill of Montevecchia with the Sanctuary of Beata Vergine del Carmelo, a place of great devotion, from where it is possible to enjoy a splendid view.

Adda Nord Park: It is entirely crossed by Adda River, which, coming out from Lake Como in Lecco, has slowly dragged its own riverbed towards the plain. The whole park territory is rich in significant historical witnesses, from bridges to fortification works risen in the centuries, to the castles of Trezzo and Cassano and the historical monumental power plants, which exploit the river waters. Leonardo Da Vinci’s touch can still be seen, since he designed the channel systems to navigate from Como Lake to Milan or to one of the many places that were the scene of the events quoted in the Promessi Sposi. A walk or a ride with the bike in this park will offer splendid scenarios where nature is the absolute protagonist between swans, mallards and gier-eagles.

Monte Barro park: Monte Barro is an isolated mountain range, from which you can enjoy stunning views upon the hills of Brianza with its glacial lakes, the Adda valley, Grigna mountains, Lecco with its lake and mountains. The beauty of the landscapes that can be admired from all the mountain sides and in particular from the summit will leave every spectator amazed.

Monza park: here is a park that has nothing to envy to Versailles or Caserta. It is considered to be the “green” jewel of Monza, the Park was established with the aim of making a model of an agricultural estate and a hunting reserve for the king of Italy. 700 hectares wide, it is surrounded by a 14 km city wall and it is the biggest enclosed Park in Europe. Inside it is possible to discover many corners, scenarios, buildings of great interest, among these the palace and other villas of delight, farmhouses from the 19th century, mills and sports facilities like the track used for Formula One races, as well as wonderful fields and woodland areas. Guided tours are also organized in the park, these are always charming for nature and architecture lovers.

Monte di Brianza: Luna del Colle Bed and Breakfast is located on the southern slopes of this mountain, which rises between the plain and the Adda valley. Monte di Brianza, formed of three heights that reach almost half a mile, is crossed by more than 70km of paths and mule tracks, which are visited by walkers, cyclists, mushrooms hunters, but also by families chasing green and peace. On top rises the convent of San Genesio, an old Camaldolese monastery, beside which you can find the Alpine chalet. Behind the B&B you can find the “Sentierone di Brianza”, a path that starts from Arcore and follows the mountain ridge of Montevecchia hill, Monte di Brianza and Barro up until Lecco, creating an actual green way between Milan and the lake, with amazing views on the whole territory. 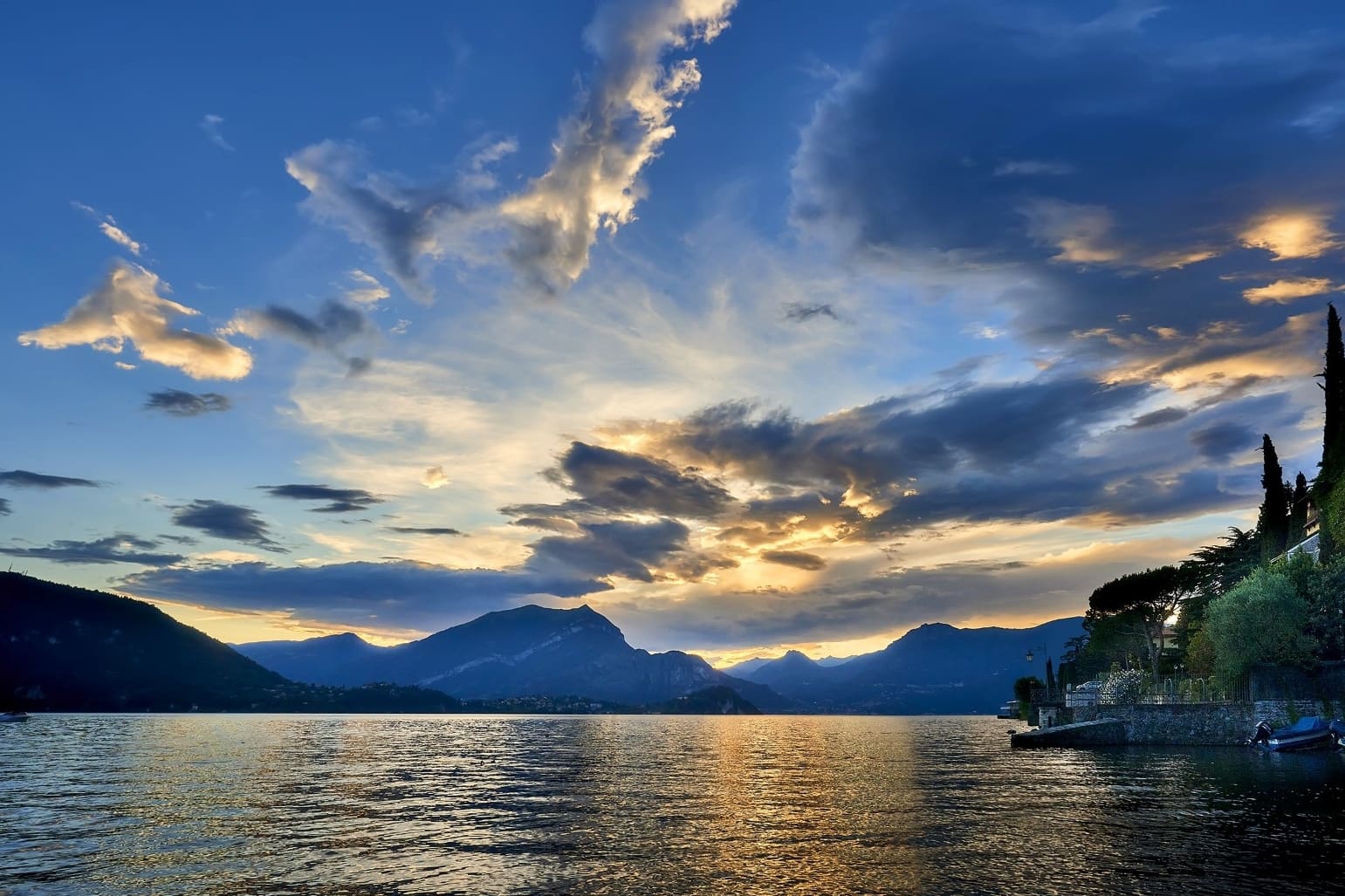 We are lucky enough to have a big water asset: Lake Como, Adda River and some small Briantei lakes that represent a precious source for the environment that surrounds us. Breath-taking scenarios with a natural patrimony enriched with biodiversity and many sites of community interest. Industrial archaeological sites along the banks of Adda, which have fascinated even the great Leonardo Da Vinci. Here are some places that we recommend you to visit.
Lake Como: the amazing landscape of Lario, the other name by which is known Lake Como, has enchanted artists and wanderers in the centuries and keeps attracting visitors from all over the world, who appreciate the beauty of the lake and the suggestive places that surround it and therefore have decided to establish there their home. Excavated between ranges of wonderful mountains, the lake offers a sequence of views that remind the Norwegian fjords and make it fascinating and special, especially for the branch of the lake of Lecco. Around Como, on the other side, it offers amazing villas, which are famous for their gardens and for the history and art that they combine.

Garlate Lake: it is located south of Lecco, where Adda broadens its riverbed giving origin to this basin. Following the cycling/ pedestrian track of the lakes is very suggestive, since it runs along the water shaping a ring all around the lake, crowded by a number of lakeside species of birds.

Pusiano Lake: It was most appreciated by artists such as Parini, Stendhal and Segantini. Pusiano Lake is enclosed between the hills of Brianza and hosts a small island, which is called Isola dei Cipressi and that can be visited in the summer season. The southern part of the lake is equipped with a great walk side, which enables relaxing walks. It is the favourite destination for canoeists and fishermen.

Oggiono / Annone Lake located between Monte Barro and the plain it is divided into two by the narrow peninsula of Isella, which creates a channel that separates the basin in two parts, each of which takes its name from the town facing the two banks. A wonderful track for walkers and mountain bikers was created along the whole perimeter of the lake. For the ones who love being in touch with water instead, paddling with canoes and kayaks is perfect.

Sartirana Lake: only a few know this lake and therefore it shows its wild nature, it is located in Merate, in the heart of Brianza. With its small dimensions it is an oasis of peace where you can go to recharge your batteries because it is surrounded by rich vegetation. White and pink water lilies welcome us in the ring-shaped track around the water where a small wooden house was built to do birdwatching. 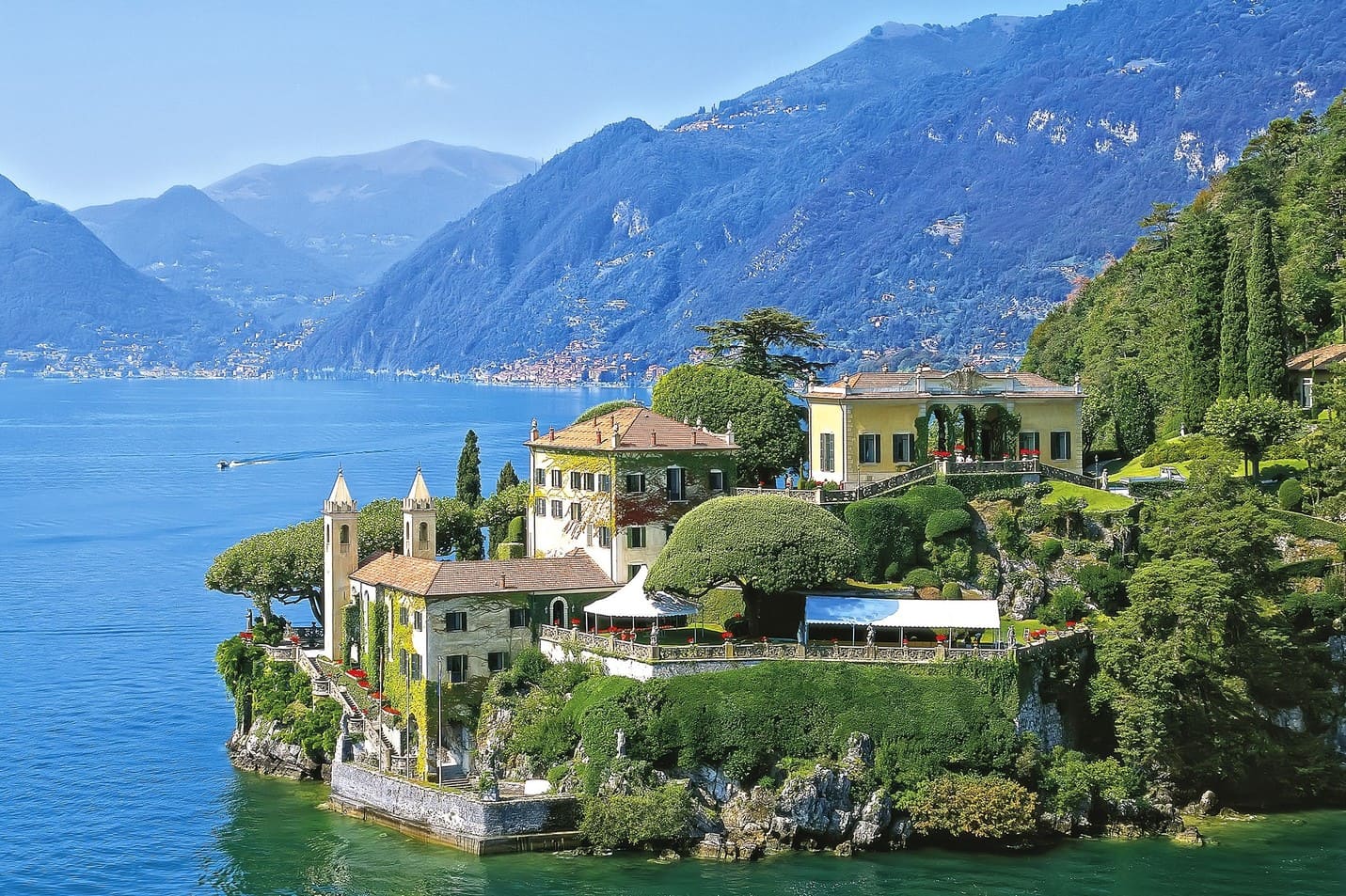 Not to be missed

Historical villas and buildings: here are some of the historical properties that mirror in the waters of Como Lake and welcome us with amazing gardens: Villa del Balbianello, part of the FAI patrimony of Lenno, Villa Cipressi and Villa Monastero in Varenna, Villa Serbelloni and Villa Melzi d'Eril in Bellagio, Villa Carlotta in Tremezzo, as well as the Casa del Pellegrino e the building of Basilica di San Pietro al Monte in Civate, amazing examples of historical-religious architecture.

Leonardo ferryboat: this particular kind of manually ferryboat takes its name from Leonardo da Vinci and connects the piers of Imbersago and Villa d’Adda without using any engine. The movement happens exploiting the river stream that makes the ferryboat along a cable strung between the two shores. This amazing example of ecological transport is able to ferry both people and cars.

Orrido of Bellano: this experience in the natural canyon is not to be missed, where the waters have shaped enormous mills, waterfalls, suggestive caves and dark ravines. The deep rumble of the tumultuous waters makes this unique place misterious and fascinating, it can be visited walking safely on elevated walkways.